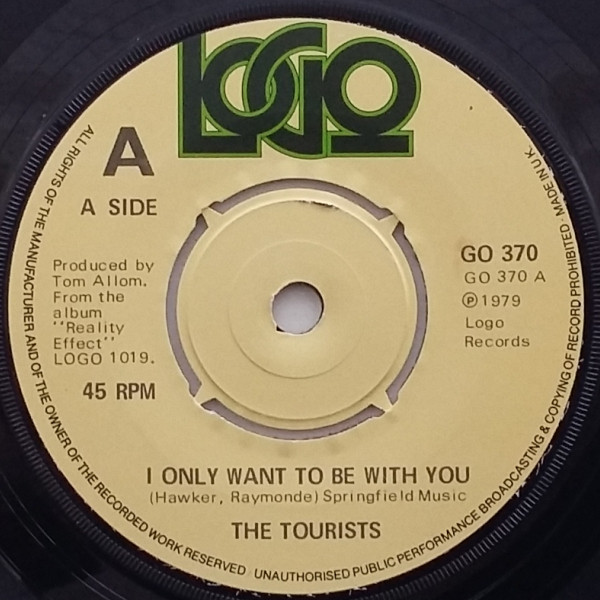 Last week I bought a job lot of 50 7” singles for £22.00, which is £0.44 per single. Which sounds pretty cheap, although the other way to look at it is that I didn’t want all of them so I paid much more per item for the ones I actually wanted. I suspect the latter is closest to the truth although I did listen to a few of them that I didn’t think I wanted but am now quite happy that I got them.

I don’t like all of them, but there was enough to warrant the purchase and right now I’m falling in love with 45’s all over again. 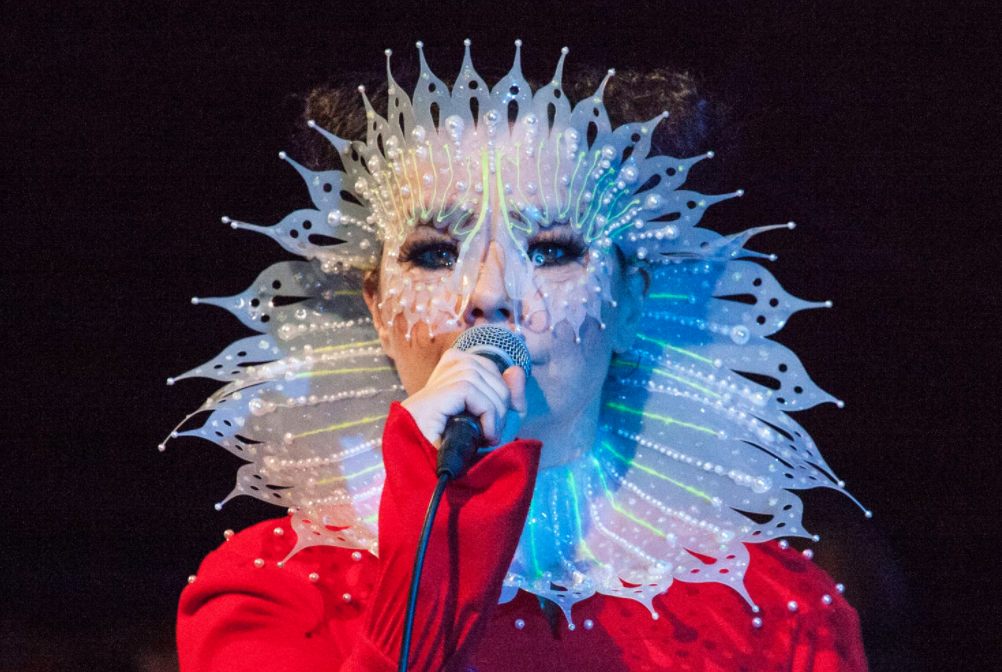 I received an e-mail a few days ago telling me that the new Bjork single, The Gate, had been released a couple of days early with a download code, i went to apple music instead and there it was. And there it is below:

I was hoping for something more accessible than recent releases and I think that’s what this is. It is a beautiful song, spread out over 7 minutes with really interesting layering of vocals and use of instrumentation. 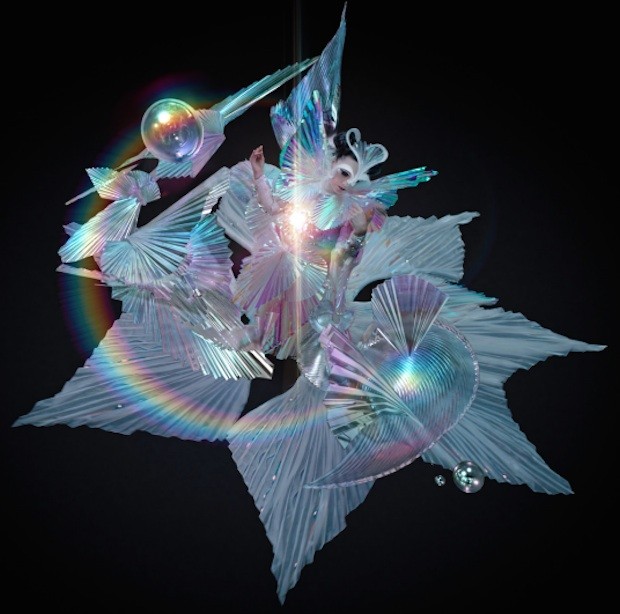 I’ve probably listened to it 30 or 40 times now and love it, which bodes well for the new album that is ‘coming soon’ though exactly when that is remains a bit of a mystery. 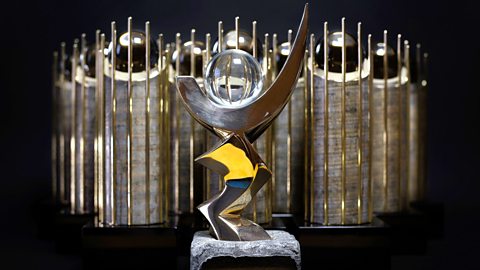 and it’s Sampha with his debut album Process. Good choice I think. 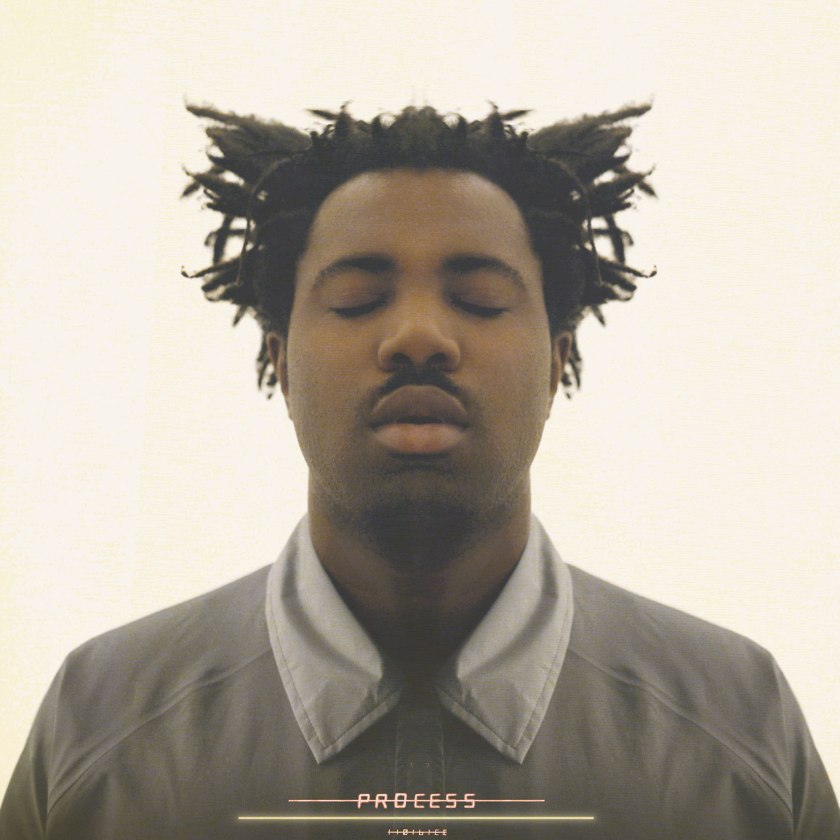 In a recent post I listened to all the nominees and was keen on this album as it wasn’t what I was expecting at all. Thank goodness it wasn’t Ed Sheeran, that would have upset me quite a bit actually and there would almost certainly have been a rant. 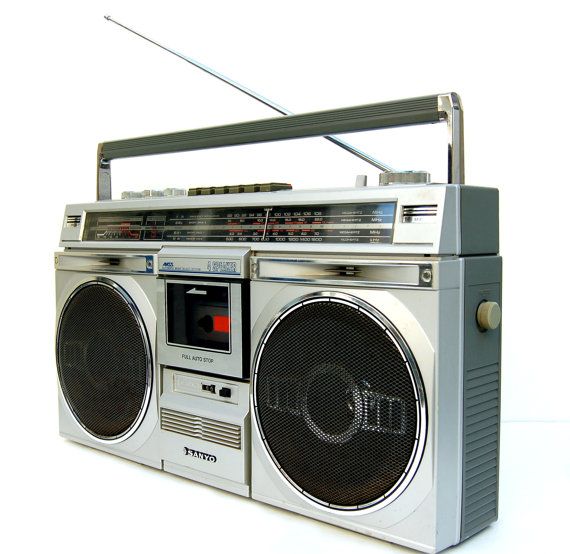 Show 7, over there on the right or here 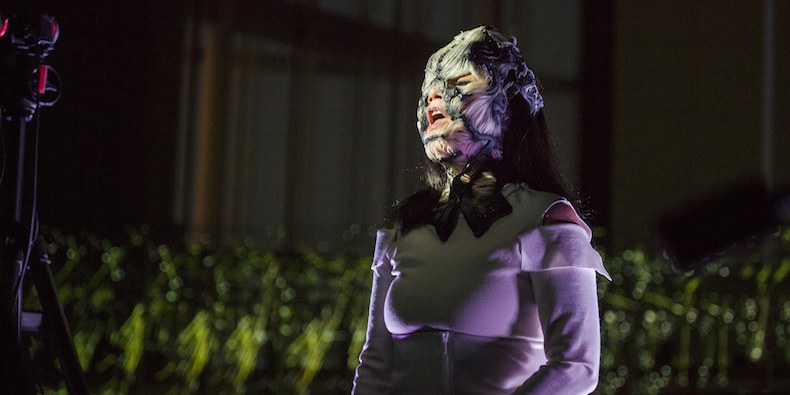 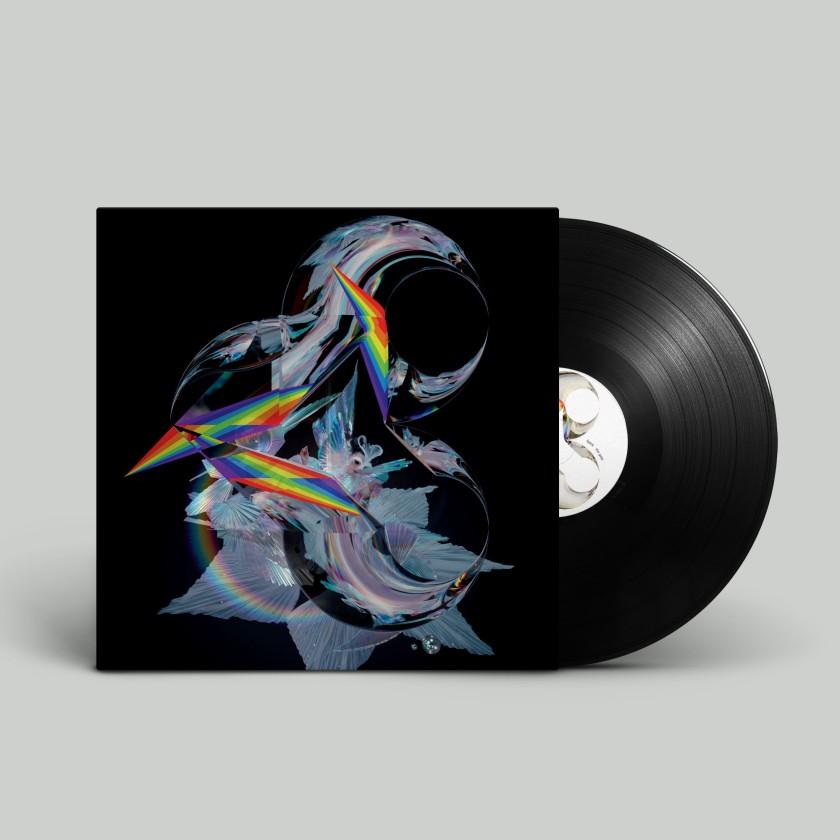 A very limited run of Björk’s new single ‘the gate’ will be released on single-sided 12” vinyl via one little indian records 22nd September 2017.

‘the gate is essentially a love song, but i say ‘love’ in a more transcendent way. vulnicura was about a very personal loss, and i think this new album is about a love that’s even greater. it’s about rediscovering love – but in a spiritual way, for lack of a better word.’ – Björk

I now have the new album and this single on pre-order, although I didn’t realise that I will receive both at the same time, so I will have to wait until the later album release to get the single. Never mind, I will have heard the track by then anyway.

Really interested to see where she is going stylistically with these new songs as recent releases have not been very accessible. This is not a criticism, they just haven’t been. I’d like to see them be more accessible but not too accessible, there’s a halfway point between Vulnicura and, let’s say, Homogenic that would be a really nice area to have her music exist.

I also ordered this: 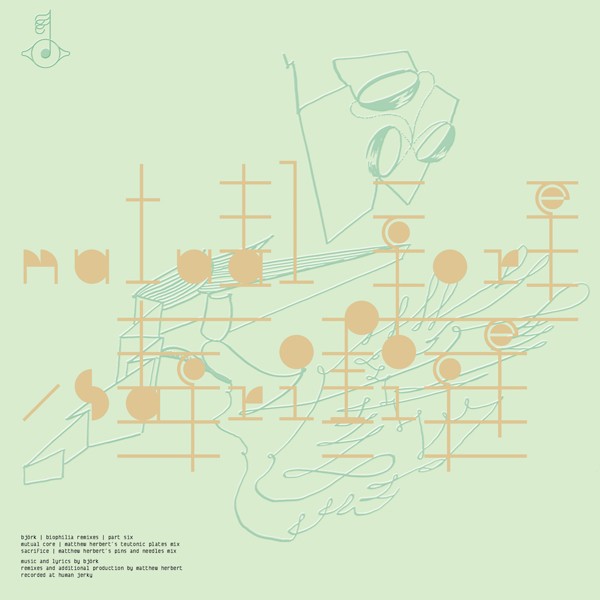 Sixth in an eight-part series of remixes of tracks from björk’s biophilia. comes with mp3 download coupon.

There are eight of these in total I think, I have 6 now. Here are some of the tracks from this remix series. 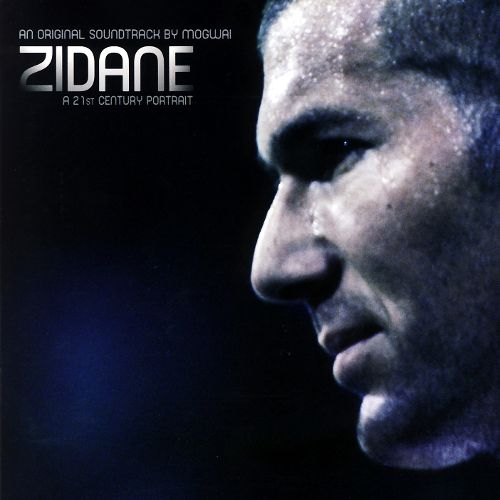 I was in Cambridge for a few days in 2013 and popped into a record store just to have a little look around. It was encouraging to see that they had a fair few albums available and I was flicking through a bargain box beneath the main racks, finding nothing particularly interesting, until I came to the soundtrack to the film Zidane: A 21st Century Portrait, by Mogwai. I had seen quite a lot of the film, though not sat down and watched it all of the way through, and didn’t realise that it was Mogwai who had provided the soundtrack until this moment. Naturally, I bought it.

I read afterwards that there were a number of long term Mogwai fans that didn’t think much of this release, but it isn’t just a normal release, it has been specifically written to accompany the film but, to my mind, this does not detract from the music, quite the opposite in fact.

The music has an eerie tranquility and, when accompanied by the visuals, does a wonderful job, although I suspect that you have to have an appreciation for football to enjoy the film, regardless of who did the music.

The film is a documentary focused on Zinedine Zidane during the Spanish Liga Real Madrid vs. Villarreal CF game on April 23, 2005 at the Santiago Bernabéu Stadium and was filmed in real time using 17 synchronized cameras. During the last minutes of the match, Zidane was sent off as a result of a brawl, well done Zidane.

Mogwai provided the soundtrack to the film, at the request of Douglas Gordon. After seeing some footage of the film with a remix of “Mogwai Fear Satan” playing in the background, they agreed to do it.

Here is a clip from the film accompanied by the Mogwai track 7:25 (I think)

Mogwai played the soundtrack live over the film at one point, as they did for ‘Atomic’, at Coventry Cathedral, which I desperately wanted to go to but I was away on that day, a major disappointment as what I was away doing was 96% less interesting than seeing Mogwai. 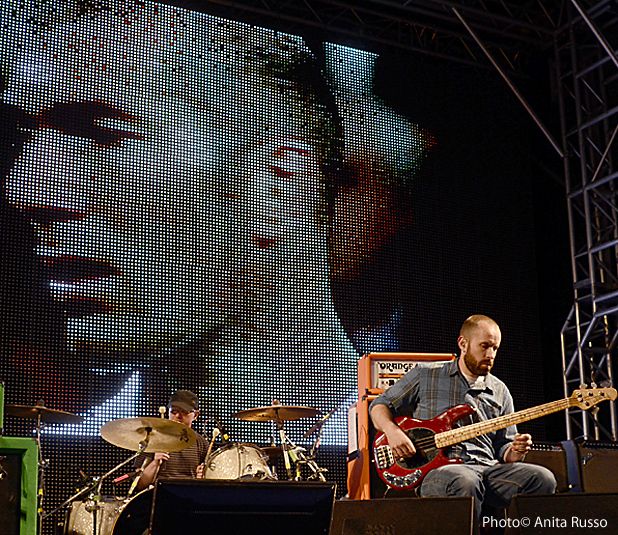 The opening track, ‘Black Spider’, is probably my favourite, based on the number of times I’ve played it, and it’s below if you wopuld care to have a listen. This album is probably not ideal as an ‘Introduction to Mogwai’ as it is composed for a very specific purpose, but if you like and know Mogwai already then for me it’s a must have. 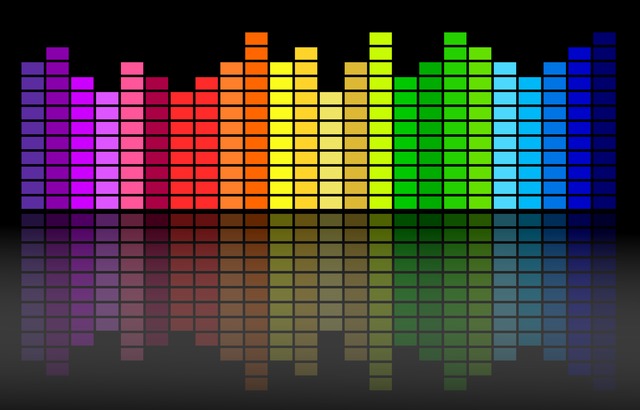 In one of the recent 33 1/3 radio shows I re-wrote what I thought should have been the Mercury Music Prize shortlist, and I rather enjoyed it. It took my way back to the days when the pop singles charts mattered, to me at least, and I would moan at the injustice of one single being more popular than another, did the record buying public have no taste!? Why in gods name are people buying the second Kajagoogoo single? This I have never understood, from a musical point of way at least, as it’s shit:

I hope you didn’t bother watching that.

So in this occasional series I’ll be looking at the official UK charts and moving them about a bit to create a new top 10 based entirely on my own opinion with absolutely no thought to anybody else’s. Counting down the charts from 10 to 1 i’ll tell you what I kicked out and where the replacement actually sat in the charts on this day. Sometimes controversial, actually quite often, as what I think is disposable is another persons classic.

I received an e-mail earlier in the week from Miguel, who runs ‘That Special Record’ to let me know that my subscription was now cancelled and the vinyl subscription service was closing after almost 4 years.

“It may seem surprising that a seemingly successful startup could fail, but it happens all the time. Unfortunately we didn’t reach enough subscribers, our profit margins were too low and we couldn’t quite crack the business side of things. One of the most important skills we all have to learn in life is to learn when to give up. When to let go. And when to make space for something new. That day has come for That Special Record.”

It’s a real shame as I’ve been introduced through the subscription service to many different genres and artists that I would almost certainly never have otherwise considered. So here is a look at the records I both received as part of the service and bought because they looked interesting over the year of my subscription to ‘That Special Record’

The first record I received was The Gods Planet – LP2 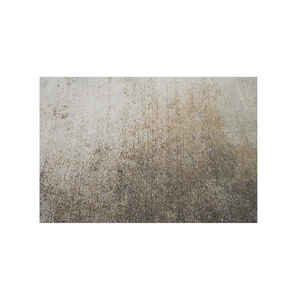 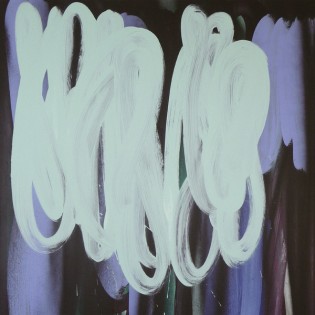 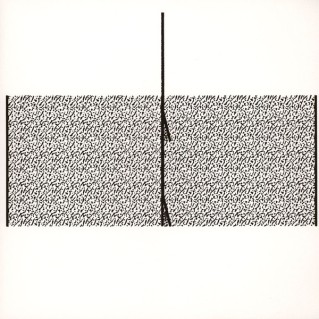 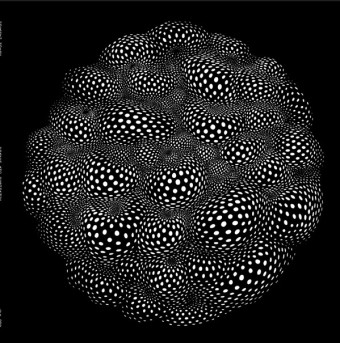 There was also a 12″ single included ‘Various ‎– Maizena Boys’ 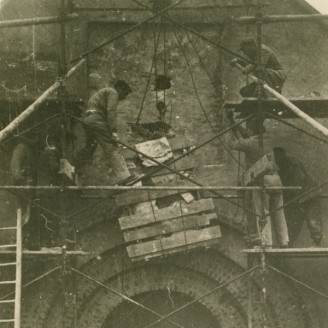 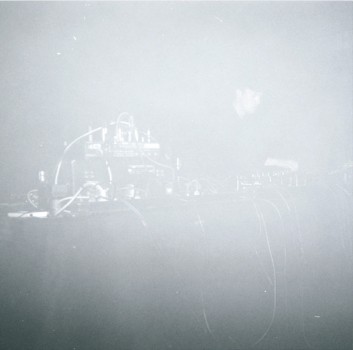 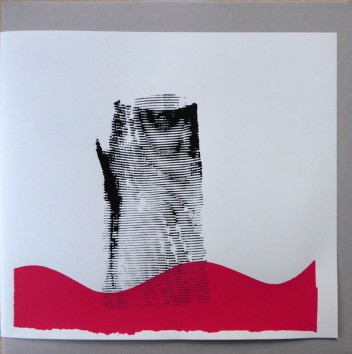 So ends part 1, the rest will be in part 2 along with what I subscribed to next. 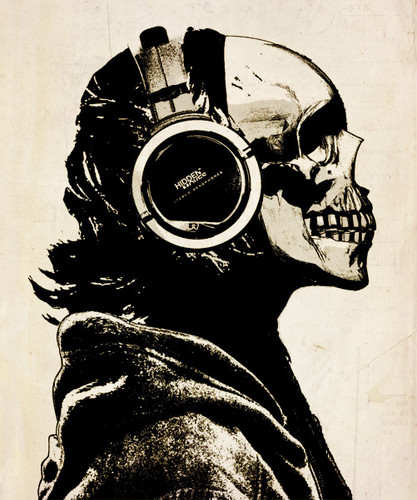 You can play it over there on the right or go HERE.