A few weeks ago I signed up for another vinyl subscription service, you may recall the others:

That Special Record: Really liked it but they stopped
The Retro Store: Crap
Vinyl Moon: Good but too expensive for a non US customer.

This time I’ve gone with Rough Trade, a brand I know. The first record arrived from them on Friday and they sent me Haze by The Shacks, a Rough Trade Exclusive of 1000 Copies only on Coke Clear Vinyl with Download (featuring just the main album) and Rough Trade Bonus CD. I haven’t listened to the bonus CD yet, which is instrumentals, but I’ve played the record a dozen times and really like it.

The Shacks are fronted by 19-year-old singer & bassist Shannon Wise and 21-year-old guitarist & producer Max Shrager, and you may have already heard them without realising it (or not, let’s find out):

So that is the Apple Iphone 8 advert featuring the The Shacks cover of This Strange Effect by The Kinks, but also featuring Shannon Wise. Seems a pretty good start for any band.

I think the number of plays I’ve given the album since receiving it is indicative of how much I like it, and this made me appear much more knowledgeable than I really am on Saturday when I was in  record shop and a tune came on, I was able to say, ‘Is this The Shacks?’ after just a few notes and a conversation ensued.

I happen to be rather pre-disposed to a whispered female vocal so that was a plus from the start, think Stina Nordenstam if she was shouting, so very whisperery is she, and that is close to Wise’s vocal throughout the album. To make comparisons, or perhaps more bits that made me think of other bands, I felt bits of The Sundays, The Cranes and the aforementioned Stina Nordenstam. I’m also reminded of Death & Vanilla at times, and I love Death & Vanilla so there are elements of several bands/artists that I really like popping up throughout the tracks on this album.

That there above is the Coke bottle green mentioned above, it’s a nice colour, in fact I think I have another by somebody else in this colour but I can’t remember who it is right now. Here are some snippets of what other people are saying about this album:

This video is from BRIC TV— the first 24/7 television channel created by, for, and about Brooklyn. It is the borough’s source for local news, Brooklyn culture, civic affairs, music, arts, sports, and technology. BRIC TV features programming produced and curated by BRIC, an arts and media nonprofit located in Downtown Brooklyn, NYC.

I like them and will be interested to see how they develop and what they do next. 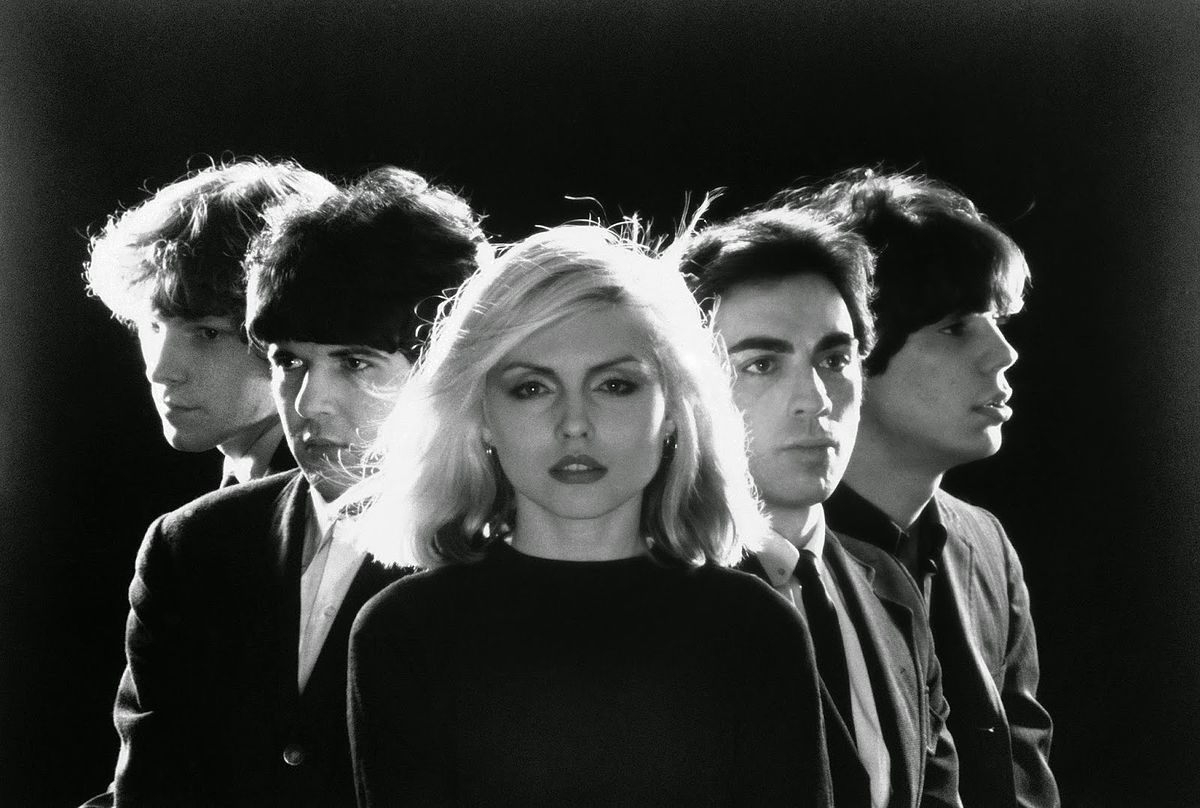 Arrived at the Record Shop at 6:15 to be about 80th in the queue, which was a few more than expected, but it could have been worse. Looks like less in the photo but I counted.

The shop lets 5 people in then it is one in, one out, so I’ll be a while yet.

Now 8:07, the shop opened at 8:00, I’m hopeful I’ll be inside by 9:00 but I just did the calculation in my head using an average of 10 minutes per person and it worked out at about 13 hours, which can’t be right, I bloody hope not anyway.

This is the pre-entry list, although I won’t be getting all of them even if they are still there:

Further down we can see what I got, or didn’t. I also have a secondary list of things to get if none of the above are left or if it is still there at a later date:

I eventually got in to the shop somewhere between 11 and 12, so that was a 5 hour queue at least, probably nearer 6, I’d lost the will to live by then, aching feet, legs and back at that point and I even thought of giving up at one point. Got into the store and there was a guy in there who went in 40 minutes before me, he had already bought his records but was just browsing around the non-RSD stuff. He was still in there when I left, which would be fine, if he hadn’t been outside complaining about how long everybody was taking beforehand. I think there were about 80 in the queue still when I left.

So what did I get? I almost got a Led Zeppelin 7″ but put it back as I refused to pay £15 for a 7″. I almost got the David Sylvian album, but I have a sneaky suspicion it will still be there in a few weeks time as there were several copies. I almost got the three Tom Waits albums, but I think it was a rip off as they were £30 each, £90 for all three, just seemed a bit much. Anyway, the list of what I decided to buy, oh, also, the bold items in the list above I saw there but chose not to buy.

All of the above, which totals £156, were over priced, except the S U R V I V E album. I don’t blame the record shop for the pricing, they are adding their normal margin for these things. I was really disappointed to not get the two Sigur Ros releases but they would have caused me to go over £200 so there’s an upside.

Public Image, Sufjan Stevens & Sigur Ros had all gone, Spiritualized would have sent me way over the top of my budget so left it there as there were 7 or 8 copies.

Time to listen to this for the second time:

Thats all for now. 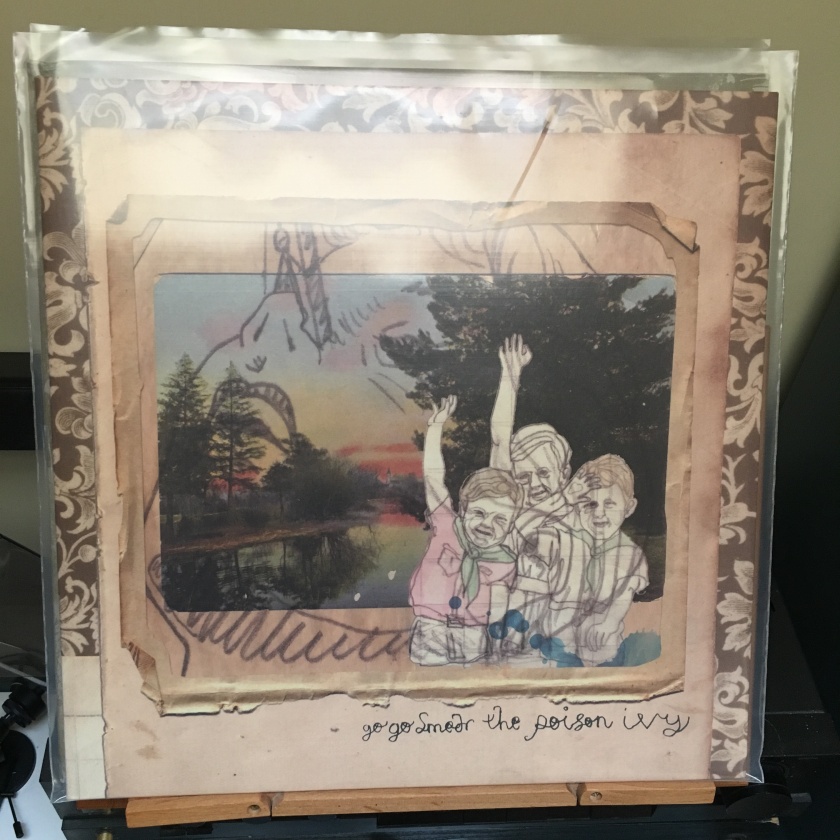 I like múm a lot but their records aren’t readily available new and the used market it expensive. All I have is one album and a 12″ EP. Still, they are both good. Before we go any further, and just in case you have never heard them, here is a track from this album:

Ok, I accept this is not for everybody. The video has 3.8k likes and 1.1k dislikes on youtube, which is a pretty bad ratio for a music video, but it is all rather left field and, frankly, who cares, it isn’t as bad as this:

So, Múm are Icelandic, it’s pronounced Moom in case you wondered, and were formed in 1997 by Gunnar Örn Tynes and Örvar Þóreyjarson Smárason, who were joined by twin sisters Gyða and Kristín Anna Valtýsdóttir. According to Kristín, the band’s name was not intended to mean anything. Gyða left the band to return to her studies after the release of Finally We Are No One. In early 2006, Kristín also left the band, although it was not officially announced until 23 November of that year. With only Tynes and Smárason remaining in the group, a large group of new musicians were brought on board: guitarist/vocalist/violinist Ólöf Arnalds, trumpet/keyboard player Eiríkur Orri Ólafsson, vocalist/cellist Hildur Guðnadóttir, percussionist Samuli Kosminen, and multi-instrumentalist/vocalist Mr. Silla.  The new collective of musicians recorded their fourth album during 2006; This one, Go Go Smear the Poison Ivy which released on 24 September 2007. Yes, always up to date me, just 11 years since its release.

There is only one official video related to this album but a couple of people made their own, which are below for your listening and viewing pleasure.

One of múm’s principal attractions for me is their approach to orchestration. No instrument seems to be off the table, from a parping accordion, a soft piano, a razor sharp violin harmonic. These can all appear in the same track but despite the potential pitfall of unlistenable cacophony, there always seems to be room in the soundscape they are creating for what they include. It is not often that one can suggest that music ‘Sparkles’, but with múm is seems an appropriate description, particularly on this album as they take acoustic instruments and electronic and merge them seamlessly together as wood growing into metal and becoming indistinct from each other. 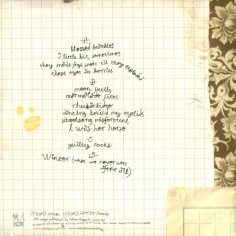 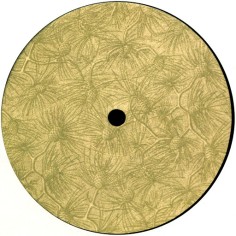 Inside the gatefold cover there is a little pouch in which a 7″ single has been slipped containing the tracks ‘Guilty Rocks’ and ‘Winter (What We Never Were After All)’ which are two tracks that ar eon the CD version, so I assume they didn’t want to stretch everything out over a double album and went for this method instead, it works, the 7″ feels like a bonus.

It’s been quite a while since I’ve had time to put an episode of the radio show together, although part of the reason is because I wanted to use my actual records rather than mp3 rips from the internet. I’ve found a way to do this I think, in fact I’ll find out later today as I’m waiting for the small piece of equipment to arrive so I can try it out. Using my actual records will mean it will take even longer to put a show together, however, I think I’ll be happier with it.

So this is the thing I’m waiting for:

This allows the phono outputs on the back of the amplifier to be connected directly to a mac book, or at least I think it does. I did do some research and I think it will be ok. This will allow me, hopefully, to use the records I have, pops and crackles and all, and will allow for some extra bits an pieces as well which will make things more interesting I think. We’ll find out soon enough when I get to grips with everything.

So that’s that, just a little update.

As most people should realise by now, I am more than a little bit Gangsta. By this I mean if Gangsta means that I am a white middle aged man variously with or without a beard who can often be found on a street where there is a record shop. So I suspect not gangsta at all really, and not street either or any of the current tags that are applied, I am a bit grime though.

So this was Dizzee Rascal’s third album, released in 2007 and spawning three singles, the first of which was Sirens, above. I was in a used record shop above an antiques centre in Stratford Upon Avon and it was in the ‘reduced’ box (Same shop I bought ‘The Raconteurs’ album the other day). It seemed one not to leave there to me, so I didn’t. The album was one of the 12 nominees for the 2007 Mercury Prize, which ultimately went to Klaxons‘ album Myths of the Near Future, hmmmm, I’m tempted to……… yup, let’s do it, let’s look at those 12 nominees:

I’m not saying Dizzee  Rascal should have won, but including Maths + English I can see three albums that I think are better than the winner. Nothing against The Klaxons, it was just an odd choice of winner from my perspective.

So I will probably get a copy of the two albums before this now because I do rather like Dizzee, or Mr. Rascal as he insists I call him. He did something with Robbie Williams at some point, that worries me a bit as I’m not a fan of Williams, but I haven’t listened to that so won’t comment. Below is the third and final single from the album.