The actual reason for me going to Seismic Records on Saturday was to pick up a Limited Edition copy of the OST for ‘Black Swan’. This one is on white vinyl and limited to 500 copies. I’d seen what I think was the original release but it was prohibitively expensive, so much so that I took a picture of it:

That’s right, £40, which is way more than I was prepared to pay but the limited edition was half that, for the same music and it’s an interesting artefact.

The music itself is based on Tchaikovsky’s ballet Swan Lake, though heavily reworked, and in the film there is some new Chemical Brothers music, but that isn’t on the official soundtrack. The score is by Clint Mansell, who once upon a time was the lead singer of Pop Will Eat Itself and he does a great job. I can listen to this album as a piece of classical music, and it helps that there is some framework there from Swan Lake as it makes elements of it immediately recognisable.

The film itself is synopsised as follows: BLACK SWAN follows the story of Nina (Portman), a ballerina in a New York City ballet company whose life, like all those in her profession, is completely consumed with dance. She lives with her retired ballerina mother Erica (Barbara Hershey) who zealously supports her daughter&rsquo;s professional ambition. When artistic director Thomas Leroy (Vincent Cassel) decides to replace prima ballerina Beth MacIntyre (Winona Ryder) for the opening production of their new season, Swan Lake, Nina is his first choice. But Nina has competition: a new dancer, Lily (Kunis), who impresses Leroy as well. Swan Lake requires a dancer who can play both the White Swan with innocence and grace, and the Black Swan, who represents guile and sensuality. Nina fits the White Swan role perfectly but Lily is the personification of the Black Swan. As the two young dancers expand their rivalry into a twisted friendship, Nina begins to get more in touch with her dark side with a recklessness that threatens to destroy her.

Listen to the whole soundtrack below, if you like Swan Lake then you should enjoy this too I think:

I loved the 2011 film ‘Hanna’, simple as that, so when I saw that the soundtrack was being re-released in a limited numbered edition on red vinyl, well, that seemed a must have, except I never got around to ordering it. I was pleasantly surprised when I went to ‘Seismic Records’ at the weekend to pick up something else entirely that there it was, being unpacked from the same box that contained my order. Score! (Film Score!, no? You’re right, that’s barely a joke, I’m a little ashamed I wrote it)

It’s been released as an edition of 1500 and I have number 30. Low numbers are good I’m told when it comes to this sort of thing. Here it is on the deck:

It also comes with a printed insert and a nice plastic sleeve.

Now I have to be entirely honest, whilst originally watching the film I really liked the music, but I thought no more of it since then, and that was back when it came out in 2011, it was only through seeing it as an upcoming re-release (I’m pretty sure it was on a blog that I follow – can’t remember which one though) that I even realised that it was The Chemical Brothers. I’m so glad I did though as it is one of the most listenable soundtracks that I own. Yes it ties in to the film, as you can see from the following track titles:

But I can easily listen as just an album though, without giving any thought to the images that accompany it, which I see as a good thing. I’ve since read some reviews that weren’t entirely complimentary, thought I think they entirely miss the point with their 5/10 and 3/5 reviews. This isn’t a Chemical Brothers album, it was written to accompany visuals so its prime purpose is to enhance those visuals not to be a standalone album with tracks akin to ‘Block Rockin Beats’ or ‘Galvanize’. For me it works both with the visuals and as a piece of music to listen to and I have no comparative judgement to make against their other releases as they are entirely different things.

You can listen to it yourself below if you like and make up your own mind, but for me, well, I love it.

Hanna Heller (Saoirse Ronan) is a 15-year-old girl who lives with her father, Erik Heller (Eric Bana) in the wilderness of Finland. When she is first seen, she is hunting a reindeer which she shoots with a bow and arrow. Hanna chases the animal until she comes across it, collapsed. She comments that the arrow missed the heart and then she finishes off the reindeer with one shot.

Ever since she was born, Hanna has been trained by Erik to become an assassin. As part of her training, she has never come into contact with modern technology and has memorized a series of fake back stories for herself to be used when the time comes.

One night, Hanna approaches Erik and tells him that she is “ready”, and he retrieves a box containing an old transmitter, which he gives to her. After analyzing the situation, Hanna flips the switch, sending a signal of her location to Marissa Wiegler (Cate Blanchett), a corrupt CIA agent. Marissa sends a team to Erik’s cabin, where Hanna, who had been waiting for them, is captured and taken to a CIA safe house in Morocco. There, she discovers that Erik is a former CIA agent who betrayed the agency and knows a secret that can’t become public. Marissa has been assigned to kill him, but Hanna has been trained to kill Marissa by Erik. Knowing that Hanna was captured too easily, Marissa sends a body double (Michelle Dockery) to speak with Hanna. Hanna kills the false Marissa, breaks free and escapes the compound.

While on the run through the desert, she meets Sebastian (Jason Flemyng) and Rachel (Olivia Williams), and befriends their daughter Sophie (Jessica Barden). They decide to help her go to Berlin, after she tells them her fake back story. Meanwhile, Marissa hires a mercenary called Isaacs (Tom Hollander) to capture Hanna while she goes after Erik, who is in Germany. Later, Isaacs and his men corner Hanna and the family, but she manages to escape after killing one of Isaacs’ men. The boy of the captured family, who has a crush on Hanna, is tricked into telling Marissa that Hanna is heading for Berlin.

In Berlin, Hanna meets with one of her father’s associates, who lives in an abandoned amusement park, to rendezvous with her father. However, Marissa and Isaacs locate them. They kill Erik’s associate, but Hanna escapes. She eventually meets with her father at her grandmother’s apartment, where she discovers that Marissa has murdered her grandmother. Hanna learns that Erik is not her father, and it is revealed that Erik was once a recruiter for a program in which pregnant women were recruited from abortion clinics so that the CIA could alter their children’s DNA, enhancing their strength, stamina, and reflexes while suppressing emotions like fear and empathy in order to create a batch of super-soldiers. The project was, however, deemed a failure by the CIA higher-ups and all the women and their genetically-modified children were eliminated. Erik, unwilling to allow Hanna and her mother to be killed, tried to escape with them, but Marissa murdered Hanna’s mother while Erik escaped with Hanna to their cabin, where, in complete isolation, Erik was able to train her to avenge her mother while preventing the CIA from locating them.

Their discussion is interrupted by Marissa and Isaacs as Erik acts as a distraction to allow Hanna to escape. Erik kills Isaacs and his partner, but is shot and killed by Marissa. Marissa then chases Hanna back to the abandoned amusement park where the two finally have a stand off. Hanna pleads for an end to the killing, but Marissa shoots Hanna, who in turn wounds Marissa with an improvised bow-and-arrow. As Marissa attempts to flee, Hanna hunts her to the top of a tall slide causing Marissa to fall down the slide, dropping her gun. Hanna picks up the gun, commenting how she missed Marissa’s heart, and shoots her.

I ordered the special edition ‘A Moon Shaped Pool’ months ago, and yesterday it arrived, finally! I’ve had to resist buying the normal edition the whole time, knowing that I’d already bought it but that I would have to wait until the end of September for it to arrive, fortunately I have been able to listen to it digitally, but it’s not the same.

It’s a beautiful thing. This is what you get:

Regarding the tape, this is what they have to say:

*This is a piece of a Radiohead ½ inch master tape from an actual recording session.
The tape degrades over time and becomes unplayable. We thought rather than it ending up as landfill we would cut it up and make it useful as a part of the special edition. A new life for some obsolete technology…
Each loop contains about ¾ of a second of audio – which could be from any era in the band’s recording past going back to Kid A. You may have silence, you may have coloured leader tape, you may have a chorus… It’s a crapshoot.
We have copies. Don’t worry.

There’s a rather creepy video of the unboxing on twitter here:

The extra tracks are”Ill Wind” and the previously released “Spectre”, which was way better, in my opinion, than the Sam Smith track.

I haven’t had a chance to have a good look at it all yet but at first viewing it does appear to be really well put together and thought out. 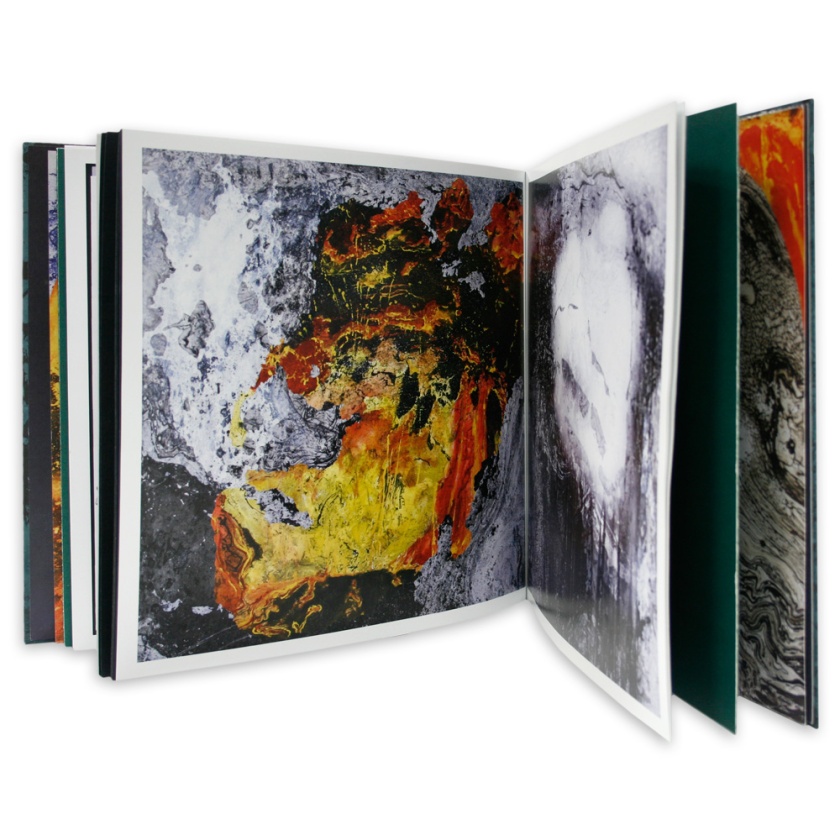 The bit of recording tape that comes with it is a nice artifact to have, although it acts as a band that goes around the book/box and I can’t get the bloody thing back on.

Was it worth the money, yes it was I think and, though I have no plans to sell any of my vinyl, I think it’s value will rise over time, which is nice, but not my reason for buying it.