I ordered the special edition ‘A Moon Shaped Pool’ months ago, and yesterday it arrived, finally! I’ve had to resist buying the normal edition the whole time, knowing that I’d already bought it but that I would have to wait until the end of September for it to arrive, fortunately I have been able to listen to it digitally, but it’s not the same. 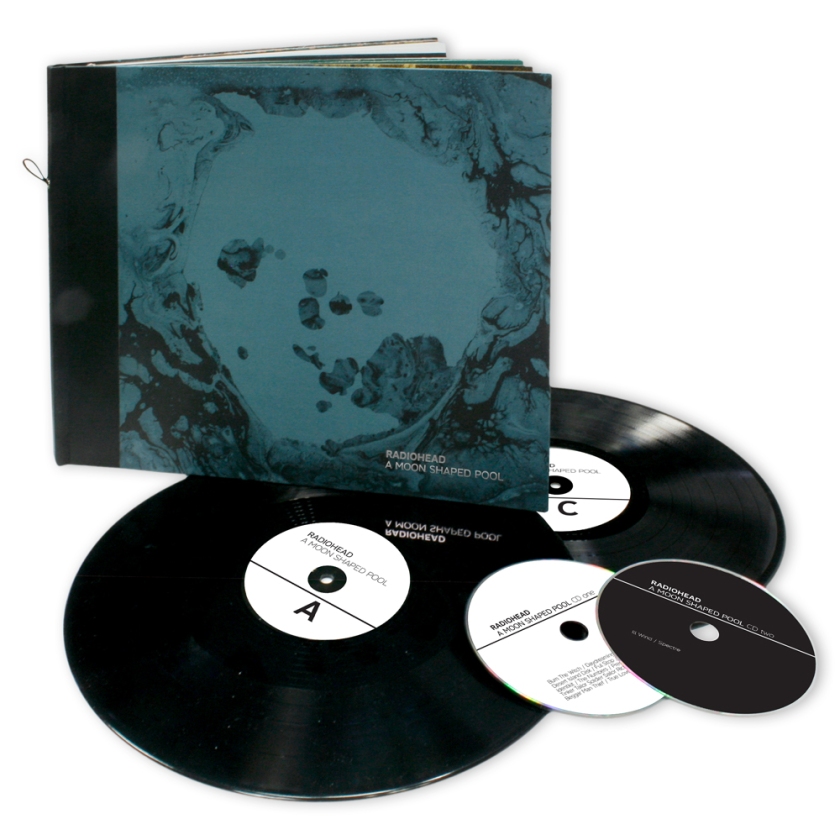 It’s a beautiful thing. This is what you get:

Regarding the tape, this is what they have to say:

*This is a piece of a Radiohead ½ inch master tape from an actual recording session.
The tape degrades over time and becomes unplayable. We thought rather than it ending up as landfill we would cut it up and make it useful as a part of the special edition. A new life for some obsolete technology…
Each loop contains about ¾ of a second of audio – which could be from any era in the band’s recording past going back to Kid A. You may have silence, you may have coloured leader tape, you may have a chorus… It’s a crapshoot.
We have copies. Don’t worry.

There’s a rather creepy video of the unboxing on twitter here:

The extra tracks are”Ill Wind” and the previously released “Spectre”, which was way better, in my opinion, than the Sam Smith track.

I haven’t had a chance to have a good look at it all yet but at first viewing it does appear to be really well put together and thought out.

The bit of recording tape that comes with it is a nice artifact to have, although it acts as a band that goes around the book/box and I can’t get the bloody thing back on.

Was it worth the money, yes it was I think and, though I have no plans to sell any of my vinyl, I think it’s value will rise over time, which is nice, but not my reason for buying it.

One thought on “Radiohead – A Moon Shaped Pool – Special Edition”