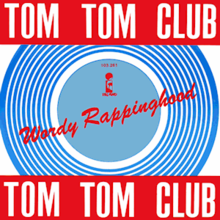 Honestly, I’ve no idea, I just always liked this track even though there was something about it that suggested I shouldn’t, but I did anyway. I’m sure I saw an official video for this once, when it was released, but I can’t seem to find it (33 years later!).

1. The Smiths – This Charming Man

The first time I saw the Smiths was on regional TV, it was a feature on them but was somehow rather tongue in cheek, as in, ‘look at this bunch of weirdos’. With Morrisey and his NHS hearing aid and glasses, waving daffodils around, I can see why, but I liked them straight away. They were different, and I like different.

It’s only just the 80’s but so what. I saw Primal Scream at the Assembly in Leamington Spa a couple of years ago when they performed the whole of Screamadelica and it was amazing. So they are in, had to be really.

The band hated the video that accompanies this track, they thought it cheap and, I believe, trashed the record company offices having seen it. This was early on in the life of The Stone Roses, 1987, and it was they’re second single.

Perhaps quite inexplicably in the context of this mix tape, jump back five years and you have this track, which to my mind fits quite nicely, but perhaps not everybody would agree.

5. Talking Heads – Burning Down The House

and right away here’s another addition, again from 1983, which was in my head as I recently bought a couple of Talking Heads vinyl albums, the one that this track was taken from isn’t one of them, but it will be, one of these days.