Sometimes, not always, but sometimes people just need a little bit of Disco in their lives, a need that can be satisfied by this soundtrack. Best known of course is the title track by Babs Streisand, but there’s a lot of really good tracks on it other than that. Before I go any further, just in case you’ve never seen the film, here’s a trailer.

So the plot kicks off  with Laura Mars (Played by Faye Dunaway) who is a glamorous fashion photographer specialising in stylised violence (based upon the work of Helmut Newton, who provided the photos used for the film.) In the middle of controversy over whether her photographs glorify violence and are demeaning to women, Laura begins seeing, in first person through the eyes of the killer, real-time visions of the murders of her friends and colleagues.

It was originally a vehicle for Babs but she didn’t appear in the film because she thought it too kinky, but did take on the Love Theme, which produced a modest hit, peaking at number 21

Track A6 is totally Disco, although this Medley is joined together with sticky tape where the glue is old and it doesn’t quite fit anymore. That having been said, there was a point this evening where I followed instructions closely and there was some shaking of booty.

I saw the film years ago, on TV, and it is a bit crap to be honest, although the idea was pretty good as was a rather youthful Tommy Lee Jones. The soundtrack isn’t actually all that Disco, it’s a mix of incidental music, a few Disco, a torch song and some dialogue, but I still enjoyed listening to it and I do rather like the cover, it’s pretty cool.

The back cover not so much, but very of its time: 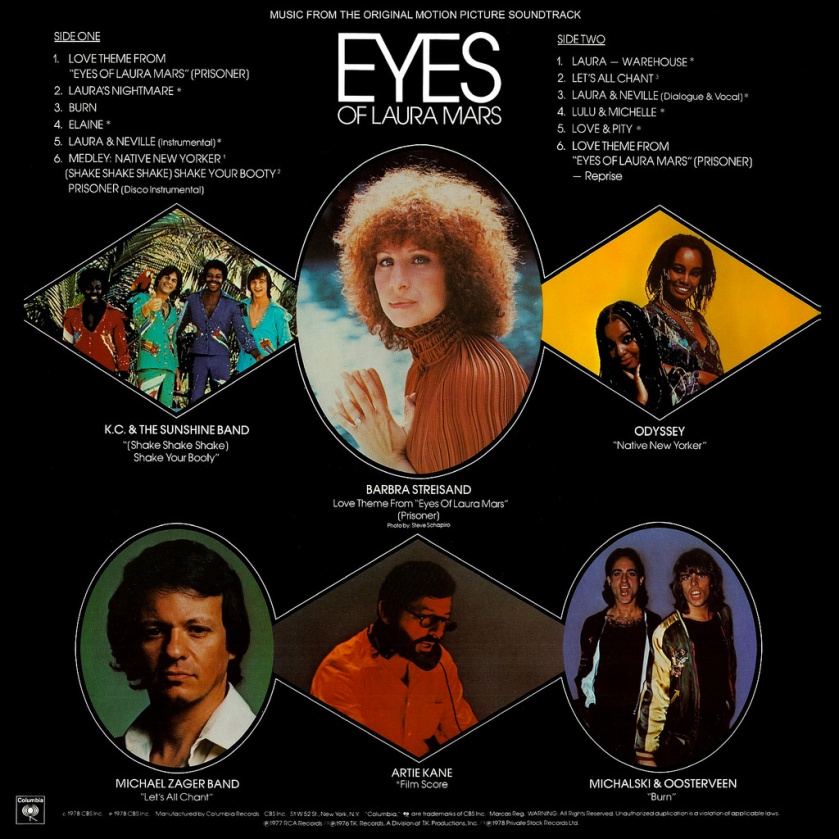 And here is the whole thing should you want to have a listen: