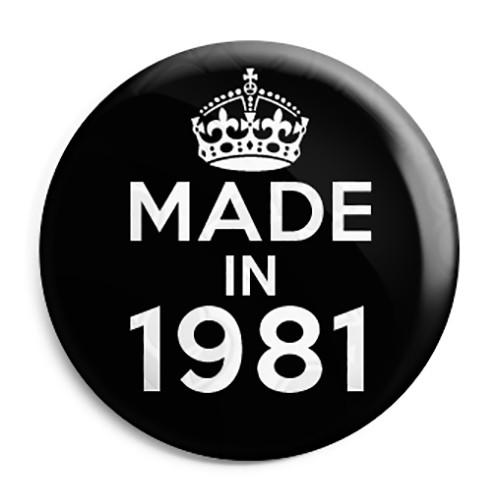 I don’t know that much about Funkadelic really but I like this, even though it is not, from what I know and have read, the peak of their output it still has a really good feel about it. It was the last album from them that included George Clinton.

As one would hope it is as funky as hell and although the title of the album sounds like gibberish it is, apparently a reference to the vietnam war. Warner Bros. didn’t want to release this Funkadelic record as a double album, so George Clinton whittled it down to a single disc. It also wouldn’t approve the Pedro Bell cover art of a naked woman inside a phallic spaceship: Bell covered most of it up with a big splash of green and the message “OH LOOK! The cover that “THEY” were TOO SCARED to print!”

34 Tattoo You – The Rolling Stones 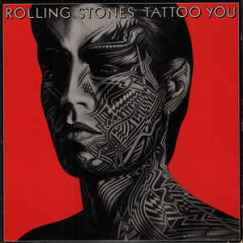 There are people who like anything the Stones release, I’m not one of them, generally I find most of their albums to be patchy, certainly those after the 70’s. This album was culled from about 10 years of outtakes so that they had an album out to coincide with their 1981 American tour. It opens with Start Me UP, which I seem to remember was the first of their songs to be used in an advert, for Windows 98. The album closes with Waiting on a friend, which sounds better without the visuals in the video below I think! Everything in-between is perfectly acceptable but doesn’t shine like the aforementioned tracks. 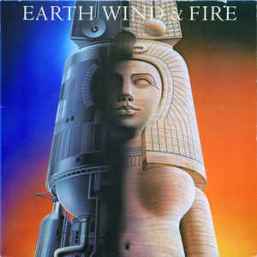 How could anybody resist album opener Let’s Groove, it is a classic by almost anybody’s standards and the soulful grooves and pop hooks carry on throughout the album.

They have been described as one of the most innovative and commercially successful bands of all time with Rolling Stone calling them “innovative, precise yet sensual, calculated yet galvanizing” and declared that the band “changed the sound of black pop”. All this is probably true.

This was not, in my opinion, one of Numans best releases. While it had the hallmarks of his previous work it always sounds to me as though he was drawing too heavily on the sound of Japan, the band not the country. This is perhaps not that surprising as Japan Bassist, Mick Karn, plays on much of the album, and plays well, but it doesn’t all fit together that well as a whole for me.

If you look at the previous three albums, Replicas, The Pleasure Principle and Telekon, then this doesn’t stand up well against them, not that it is a bad album as such, more that it suffers from the legacy of these other albums. This was a time when you could measure the success of an album by how many singles were released from it, this had one.

I feel a bit mean sticking this at number 31 but console myself with the knowledge that it is here at all. I really liked predecessor Duke, but for me this marks the decline of the groups musical output, and to some extent the end of my association with them. After this album, which I will very occasionally listen to, the others that follow are pretty much dead to me.

The album was released with four different embossed covers simultaneously across the country, all depicting the same collage but with the paper shapes in different colors. The four different cover variants are usually identified by the colour of the largest upper shape adjacent to the title lettering; this shape being coloured navy blue, red, peach, and yellow.

The album sold a lot, there were several singles taken from it and many people love it. I don’t, I find it listenable.

The whole back catalogue is discussed and rated here: Genesis – Not with a bang but with a whimper 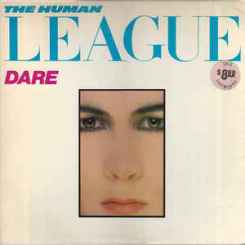 Possibly the most unavoidable song of 1981 was taken from this album, Don’t You Want Me? which, if memory serves me correctly, was at Number 1 in the singles charts for 103 weeks that year. Five of the ten tracks were released as singles and all were hits to different degrees.

I think that this was right place, right time, right sound as it seamlessly aligned with the zeitgeist of 1981. The only thing I’d really heard of theirs before this was Being Boiled, which is a completely different proposition to this more pop oriented chart friendly feast.

I had pretty much discounted this album but a couple of months ago I went to see Jools Holland at Warwick Arts Centre and Marc Almond came on and did a few songs, he was much better than I expected and I picked up a cheap copy of this from the used record store as a result. I don’t like all of it to be honest, but it is a solid release, including Bedsitter, included below, which I’d completely forgotten about. Obviously the two big singles were the Gloria Jones Cover ‘Tainted Love’ ans ‘Say Hello, Wave Goodbye’ but there’s plenty more here to like. Extra  kudos as the album was created on a very low budget; it was supposedly recorded almost entirely with a ReVox tape recorder, a borrowed Roland drum machine belonging to Kit Hain, a small, preset Roland bass synthesizer, and an NED Synclavier, belonging to producer Mike Thorne.

Costello’s original intent with Trust was to cross the melody of Armed Forces with the rhythm of Get Happy!! The songs on the album dealt with a general sense of disenchantment he felt during the time, with the recent election of the Conservative government as well as tensions within his first marriage, which gave them an overall cynical tone. As a result, the general lyrical content of the songs describe a world that is essentially the opposite of what the album title implies. Earlier working titles were “Cats and Dogs” and “More Songs About Fucking and Fighting”

The singles released from this album weren’t hits, the highest chart position being #60 but this is not an indication of quality in this instance, the writing and performances are of the highest order. 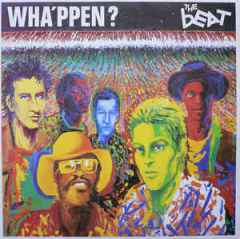 NME named this the 4th best album of 1981, they were wrong, however, despite it’s lack of hit singles it is still a jolly fine album, with a mellower sound and, arguably, better song writing than its predecessor. I’d argue against that to be honest though.

I saw The Beat supporting P.I.L at Oxford O2 a little while back and they were really good, although missing Dave Wakelin. Rankin Roger did a wonderful job, with his son, of fronting the band. I don’t remember them playing any tracks from this album though.

Still is a 2 LP compilation album consisting of previously released and unreleased studio material and a live recording of Joy Division’s last ever concert, performed at Birmingham University. It was released on 8 October 1981 by Factory Records, and was intended to both combat the trade in bootlegs and give fans access to recordings that were not widely available at the time.

It’s Joy Division, so of course it’s good. My main complaint is that the cover is a sort of cardboard material and seems designed to become increasingly crap over time, well my copy has at least. Oh, and no, Love Will Tear Us Apart isn’t on it.