Having just listened to this I may now be regretting putting it at 14, the track Ghosts alone is forcing me to rethink, and that’s without even considering Visions of China. Yes, I got it wrong, I’m moving it.

I remember seeing Japan on the news and there was no interest in the music, it was all about whether David Sylvian was a man or a woman, absolutely ridiculous looking back on it now.

This was to be their last proper release, and it was a high point to go out on.

9 Heaven Up Here – Echo & the Bunnymen 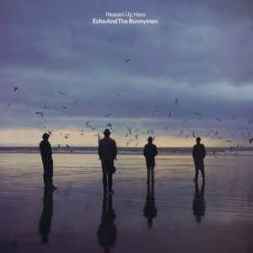 This is the second album from The Bunnymen and an album album, by which I mean it isn’t singles album. It had a couple but they aren’t particularly well known. It is a collection of really very good songs, but is perhaps the least accesible of their catalogue.

All Of My Colours is a particular favourite of mine but it is a solid collection and well worth digging out if you’ve not given it a listen before. 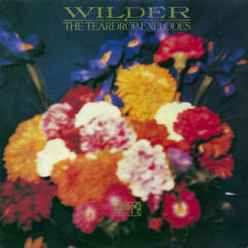 There was a time, not that long ago, where this album would have been higher up in a chart of 1981 but it definitely would always have been higher than the album that proceeds it at number 9. There was a rivalry between the two bands and I always sided with the Teardrops. Time changes things though and, while I still love it, I can see with a wider lens nowadays and appreciate this album while understanding that those albums that follow it in this chart, by small margins, deserve to be where they are.

7 Ghost in the Machine – The Police 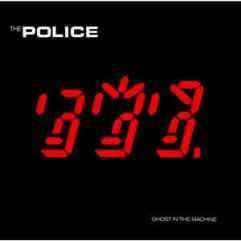 This was at number 12 but I just listened to it again after not having done so from start to finish for quite some time, I’d forgotten just how good it is. So now it is here.

Critically it has been well regarded over the years, In 2000 Q magazine placed Ghost in the Machine at number 76 in its list of the 100 Greatest British Albums Ever. In 2012 the album was ranked number 323 in Rolling Stone magazine’s list of The 500 Greatest Albums of All Time, the band’s highest-ranking work on the list. Pitchfork Media ranked it at number 86 in their list of the 100 Greatest Albums of the 1980s. It will appear again further up this list, well part of it will.

This is quite a recent discovery for me. I’d heard of them but it was not until I bought a job lot of random 7″ singles that I listened to them. Then I bought this only a couple of weeks ago and like it so much that it appears all the way up here at number 6.

Black Uhuru were formed in 1974 in Kingston, Jamaica.  They are one of the most popular reggae acts ever and were the first to win a Grammy.  Founded by Derrick “Duckie” Simpson, Don Carlos and Rudolph “Garth” Dennis they rose to international fame in the ’80s, when they were joined by the rhythm section of Sly Dunbar & Robbie Shakespeare and aldo Michael Rose as leadsinger. Since I bought this it has hardly been off the turntable.

This is nasty, menacing, head-spinning music built mostly around the drum patterns and it is really very different to anything else that was around at the time. It had little bass, possibly as Jah Wobble had departed at this point and what bass duties there were had to be taken up by guitarist Keith Levine.

It’s a challenging record, but if all music was easy then it would be boring as hell. I have to say that I need to be in the right mood to listen to this, usually a fairly dark one

A dark record, which is one would think the opposite mood in relation to the album title, if you have it, it would be joyous surely, so we can conclude that here there is a search or a loss or a complete absence.

There was a desire from Robert Smith for the songs to sound funereal and several studios were tried before Morgan Studios provided the required atmosphere.  The front cover, designed by former and future member Porl Thompson, is a picture of Bolton Priory in the village of Bolton Abbey in the fog,just ic case you had ever wondered. There was only one single taken from the album, ‘Primary’, have a listen, it’s brilliant.

There are many reasons why this particular album appears so high up the chart, one of which is that I saw the band at Wembley during this period and it was one hell of a gig, also it contains one of my favourite rock instrumentals, YYZ, named after the international code for Toronto airport. Also, opening track, Tom Sawyer, is still a firm favourite of mine. I did a top 50 Rush songs and it did rather well in that.

The musicianship, writing and performance is spot on and the resulting album is still regarded as one of their best. 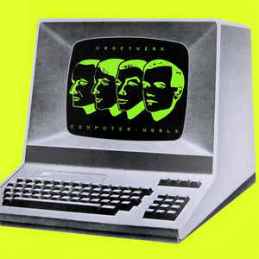 Anything by Kraftwerk is going to figure pretty highly in any chart I put together and this is no exception. Pocket Calculator is still one of my favourite tracks, possibly because it is actually rather simple and humorous, to me, which is not something people generally expect from them.

I’m the operator of my pocket calculator. They were amazing things at the time, computers you could carry in your pocket, amazing, and everybody spelt 80085 on it as well of course, which was its main purpose.

You know those old films where jetpacks and flying cars are supposedly the future? With this album Kraftwerk had a narrower focus and give us their vision of what was going to happen to music and to the world, it really is rather prophetic. 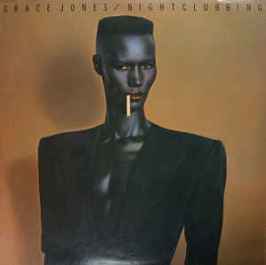 For some this may be quite a surprise, but Grace Jones has been vastly underrated over the years and, at times, even mocked. There’s a video on youtube where she is introduced by Paverotti on stage to sing a duet and the crowd actually laughed, and then she sang. I’ll pop it down below, judge for yourself.

In 1980, Jones headed to Compass Point Studios in Nassau, Bahamas to work with producers Alex Sadkin and Island Records’ president Chris Blackwell, along with top session musicians and the renowned reggae duo of Sly & Robbie. The album they created has a clear influential link to Lady Gaga, Rihanna, Nicki Minaj, M.I.A., Grimes, FKA twigs, and more. It can alos be felt in the work of Massive Attack, Todd Terje, Gorillaz, Hot Chip, and LCD Soundsystem, they all owe a debt to the template set down by Jones on this album.

5 of the tracks were cover versions ( Not included on the original album is a brilliant version of Tubeway Army’s “Me! I Disconnect From You”)  and Jones owns them all, inhabiting the songs as though they never belonged to anybody else. There’s Walking in the Rain by Flash in the Pan, Demolition Man by The Police, Use Me by Bill Withers, Nightclubbing by Iggy Pop and I’ve seen that face before, a reworking of Astor Piazzolla’s “Libertango”. In such company it would seem an almost impossible proposition to write an original that could stand shoulder to shoulder with them, but we have Pull Up To The Bumper which, it could be argued, outshines them all.

This is a a brilliant and influential album that, in my opinion, could sit nowhere else but at the top spot.