As a reminder, I placed my original order on 27th August, I e-mailed the company around October 15th to ask where my first package was and was advised that they are in the process of moving from what was, essentially, a bedroom business so there are inevitable delays. I then wrote again, 9th November, and was told on 11th November that they had a few issues with Royal Mail but my box is on its way to me now, if I don’t have anything by next week get in touch.

Next week came and ended and I had nothing. On the 17th November I wrote again and said “I have still not received anything. At this juncture I feel it appropriate to refund my payment and call it quits”. It had been 82 days since I placed my order.

40 minutes or so later I received a reply “All of our packages are out in the post with Royal Mail. I can have a proof of postage sent over to you tomorrow afternoon when I jump into the office. Going forward logistics will be much slicker, you’ll be happy to know!”

Actually, no not really, at this point I don’t really give a shit, and I’ll tell you why, because on the 11th November I was told my package was on its way to me, and it wasn’t, because the package, which arrived today is post marked 17th November. I have much less of an issue with the delays than being told something that isn’t true, NEVER lie to your customer, be honest always and the customer will understand. Lie to them and you’ve lost a customer.

So what was in the package? Well, the opinions below are mine alone, there is every possibility that other people will have completely opposite ones.

Hello This is……. Paul Evans

This is the sort of album I would pick up in a £1 bin, actually, I wouldn’t pick it up, I’d flick past it in the search for something good. It doesn’t fall into any of the categories I listed as a preference. I played it, well, I streamed most of it, hate it. I remember the single ‘Hello This is Joannie’, a catchy but annoying song from 1979 that I had hoped to never have to listen to again. I have a wooden box, full of albums, this is going in there and will probably only see the light of day again if I have a sudden desire to melt albums into fruit bowls.

The single is below, don’t be fooled, repeated listening may lead you to commit terrible crimes:

McGuinness Flint was a rock band formed in 1970 by Tom McGuinness, former bassist and guitarist with Manfred Mann, and Hughie Flint, former drummer with John Mayall; plus vocalist and keyboard player Dennis Coulson, and multi-instrumentalists and singer-songwriters Benny Gallagher and Graham Lyle.

It’s folk rock, I have nothing against folk rock, but this particular folk rock bored me to the point I considered pouring molten lead into my ears just for a bit of light relief. OK, that’s a bit harsh, but it is again not in one of the categories I listed as a preference, and it is, to me, quite dull and will probably join Paul Evans in the wooden box. To be entirely fair, I will listen to it a second time before deciding, but I am not hopeful.

David Bowie – The Man Who Sold The World 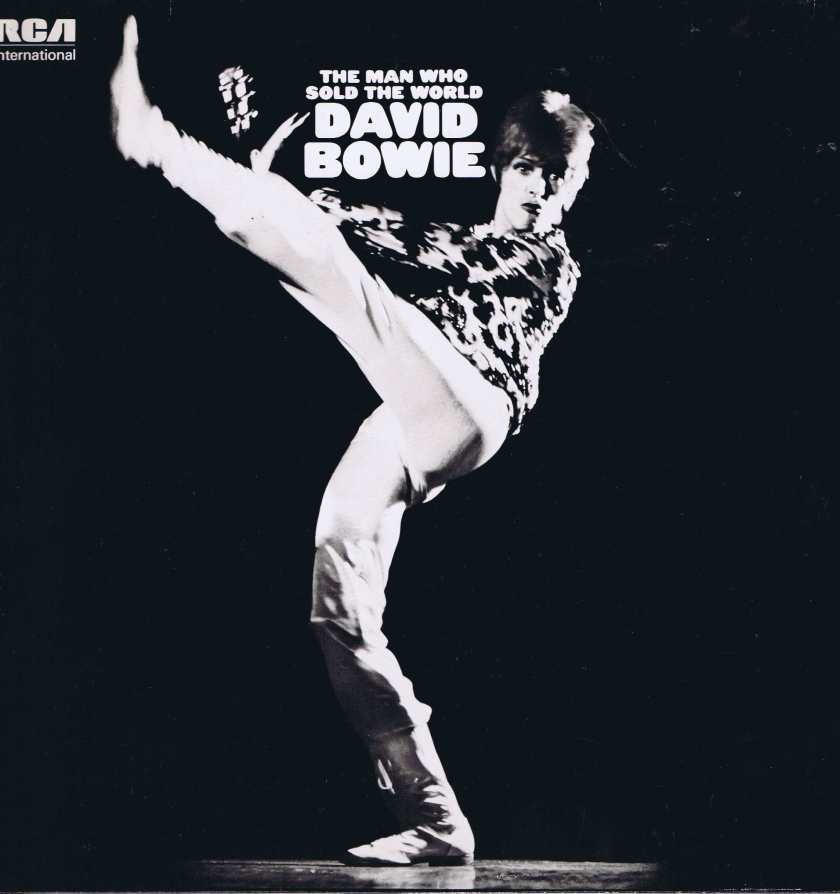 This would have been a perfectly acceptable choice had I not received a copy as part of a job lot a couple of weeks ago. It is not really in my listed preferences but I happen to like Bowie so, fine, except I already have it, now I have two.

Synopsis? Not great. 3 chances, 3 fails. I may as well have taken £15 in notes and burned them, the outcome would be just about the same. The whole thing has been a massive disappointment.

If you have an even a half decent CRM system you can load a customers entire vinyl database and ensure that you never send something they already have, it isn’t difficult and should be an option. An export from Discogs for example uploaded into a customer portal as a .csv, so it is up to the customer to keep it up to date. Now there’s an idea, if the Retro store are reading this you can have that for free. It is also vitally important to make the first order as perfect as it can be, this was a long way from that, 86 days from payment to receipt of goods and the goods were poor.

So if I tag this post on twitter will I still get a bonus item do we think?