A pack of cigarettes is now between £7 & £10 and, at the lower end, that’s for 17 not 20, for what the average smoker would get through in a day. Recently I took a chance on an album because I liked the cover and because it was brand new and priced at £5, not even a packet of fags. Also, how could anybody not be drawn in by this cover? 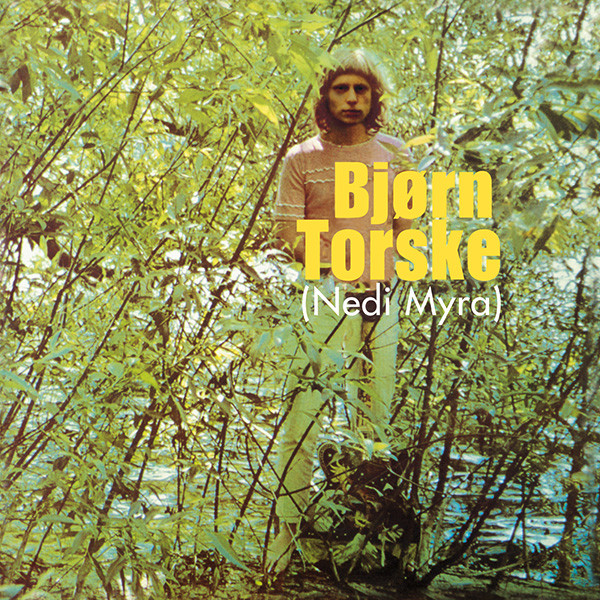 It is kind creepy and somehow quite Nordic. Which could be because Bjørn is Norwegian. I knew nothing but the cover that was in my hands, that it was originally released in 1999 and the track list:

These three things made me feel that a £5 investment in this album was a safe bet, and I was absolutely right. I found a good review HERE and here are a couple of paragraphs from it (follow the link for more):

Torske’s debut, Nedi Myra, was not a huge departure from some of the more experiential house music of the late ’90s. You can hear shades of Pépé Bradock, Idjut Boys and Daniel Wang. The album’s opener, “Expresso,” is a fairly straightforward but classy piece of filtered house. Other tracks, such as “Station To Station” and “Fresh From The Bakery,” are full of odd character but still totally recognisable as house music.

But in between were hints of something more unusual. Even the album’s cover, which looks more like a creepy psych rock sleeve than the work of a DJ, would have seemed out of step with dance music at the time. Take “Smoke Detector Song”: it’s a burbling, slo-mo synth jam with elements of trip-hop, dub, prog rock fusion and downtempo Underground Resistance. “Beautiful Thing” is equally hard to place, its swinging groove and sci-fi synths calling to mind Floating Points. By far the album’s wackiest moment is “Ode To A Duck,” an electronic Bossa Nova number from another dimension.

What I found was that I could listen to it repeatedly and never seem to tire of it, I think it was on a loop for about two hours at one point and I didn’t realise, but nothing prompted me to switch to a different album (this being a streamed version of course).

I missed pretty much everything to do with House music, and any of its iterations, in this case Deep House, by virtue of being too bloody old, but that doesn’t stop me discovering it now and really enjoying it. Below, from soundcloud, is track 3, ‘Eight Years’, have a listen and see what you think.